"The crust of the earth is our skin so we must work together and take care of it. Eskin stands for Eco-skin, Electronic Skin and Equality Skin." – Jill Scott

Eskin is an ongoing series of performative tributes by visually challenged participants about nature and the re-wilding or re-design of our local environments. It is a unique process that gives these participants the chance to engage in our world of culture that is so visually dominant. It involves novel workshops, interactive electronic wearable interface and sound design, cross model interaction and public presentations based on the disciplines of media art, dance and local bio-diversity. We have invented a technical platform that encourages inclusion and local empowerment for those who want to be included in the debate on the physical effects of climate change and speak out about our pollution and energy use.

Eskin 5 Basel took place at the HeK (Haus der elektronischen Künste Basel) in Switzerland in 2019. It was the second collaborative performance with visually challenged persons that gives them a chance to be included in this debate. In Eskin 5 Basel, these participants, choreographers, scientific consultants and artists, presented five interlinked scenes on a unique stage with customized sound objects, interactive graphics, dancers, computer interaction and wearable technologies. The aim was to encourage the audience to be more pro-active about their affects on our environment. For more information see www.hek.ch. 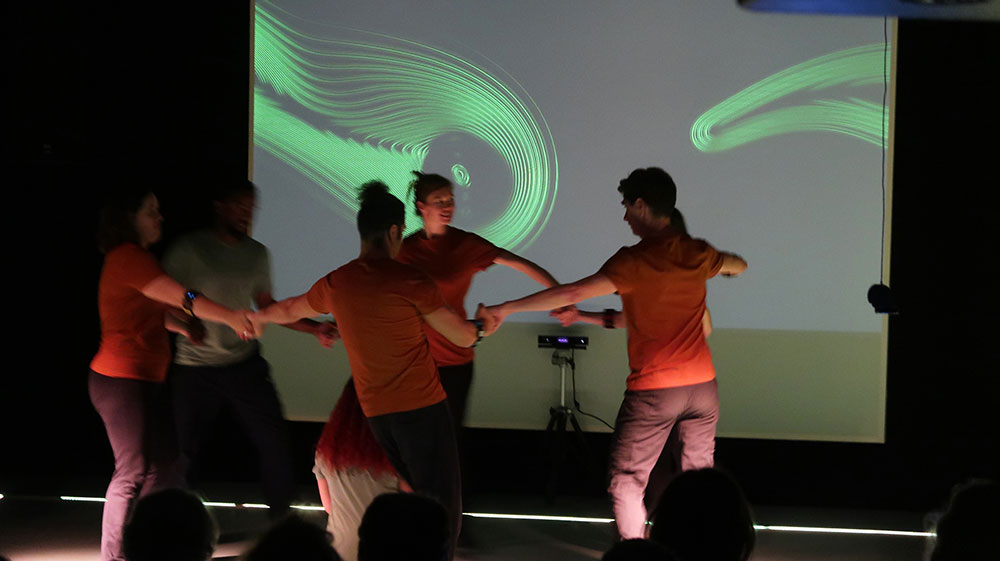 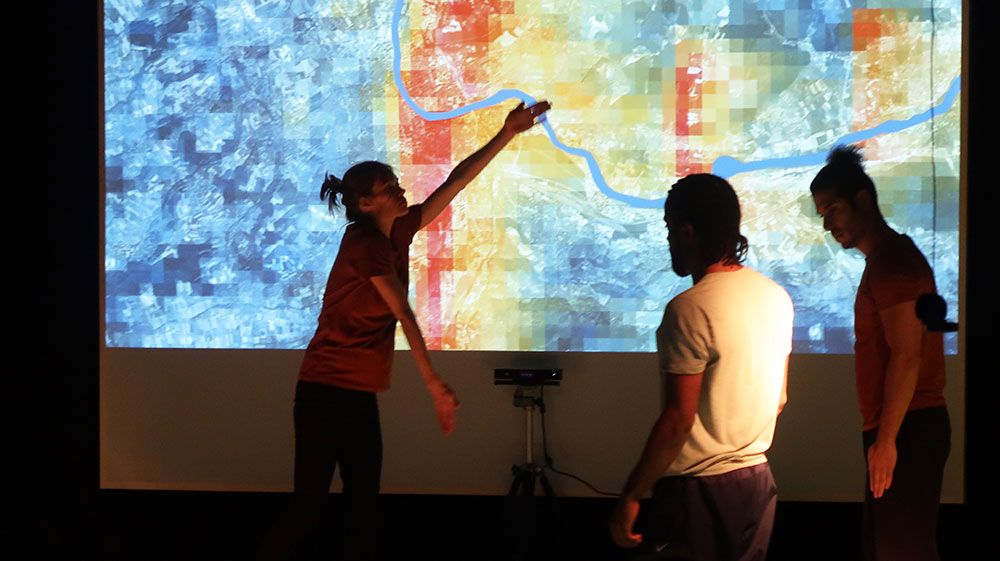 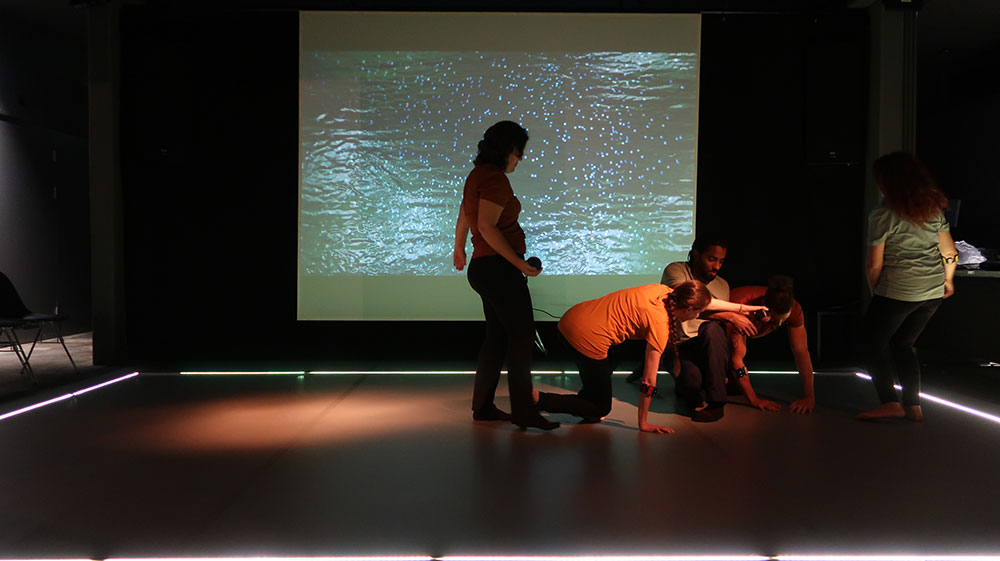 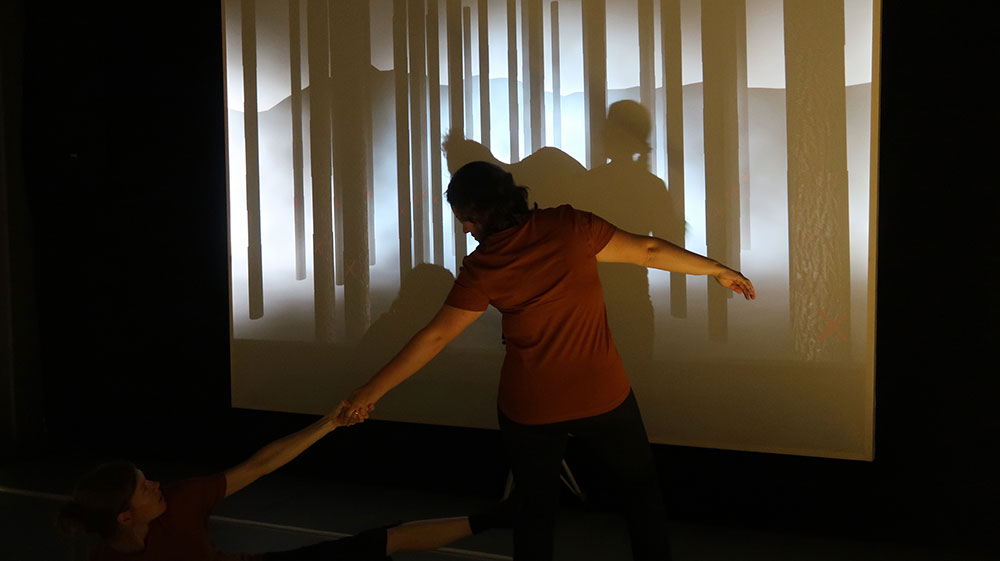 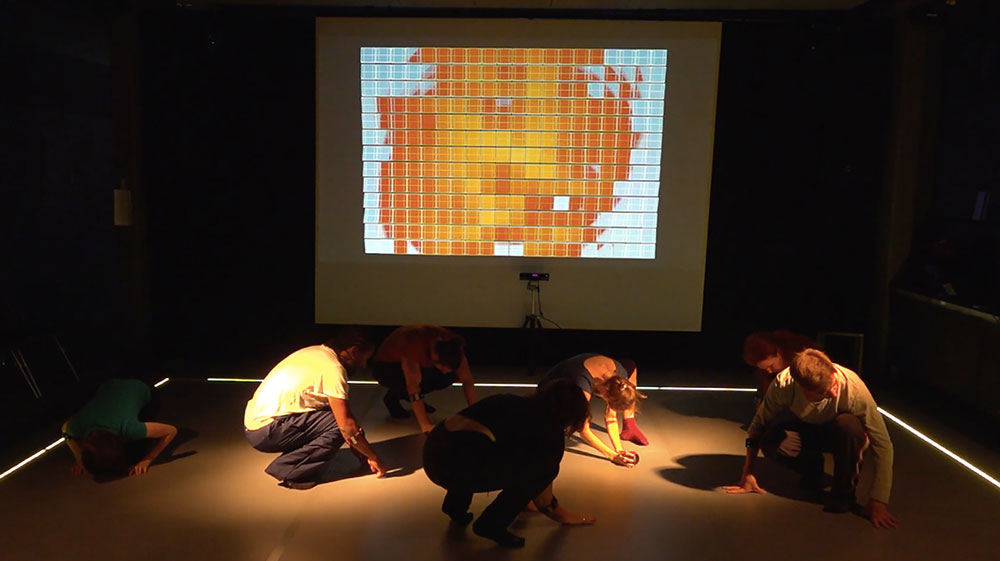 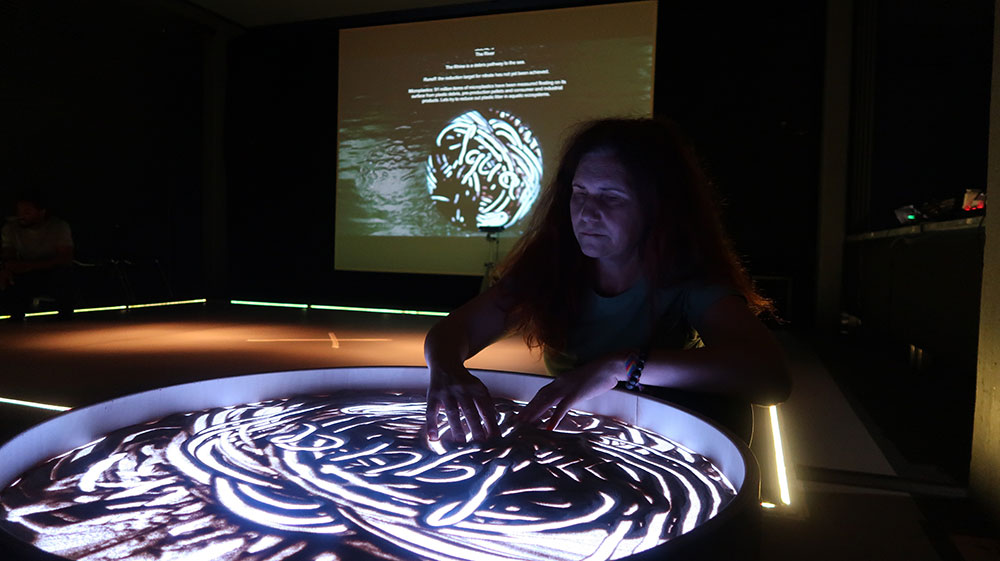 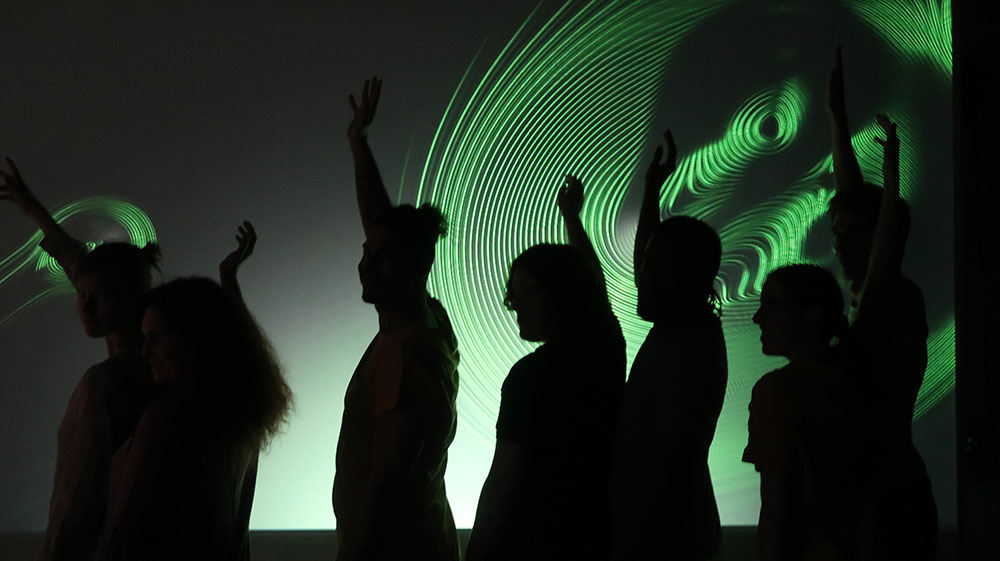 Downloads
ESKIN 4 and 5: Empowering visually challenged people with a voice about the Anthropocene (PDF)

The Eskin4 the Visually Impaired workshop at ISEA was held at the Natural Science Research Center in Durban. The workshop was held every day from June 16-26th, 2018. The Public Performance was on June 26th, 2018 at 5.30PM

“Eskin 4 the visually impaired” is a trans-disciplinary platform that was created to enable visually impaired participants to become performers alongside their own ecological stories. It was a socially engaged project that amplified the voices of this specific local Durban community. Under the direction of Jill Scott and the Swiss based media-art team, a cross modal interactive platform for creative interpretation was developed. This platform was inspired by current research in neuroscience and wearable computing. This media art team constructed a script based on the participant’s stories and built a toolbox of three interactive technologies that ran in parallel on a mediated stage. They supported the visually impaired participants and their chorographers to be creative on this mediated stage and to construct visual interpretations for a sighted audience. The project started before the group all met in Durban with online interviews with the 7 Visually impaired participants. The answers to the online questions were then reconstructed into a 30-minute script with 5 ambient tracks and many sound files based on the lists of sounds from the participants. This script was used as a base for the 10-day workshop in Durban with the participants and the chorographers. Three interactive technologies were learnt and integrated into this workshop – Wearable armbands and Wi-Fi molecules trigged sounds from MaxMSP, while an infra-red Kinect camera tracked the movement on the stage and utilized the program Touch Designer to shift the projected images. This cumulated in an interactive dance performance for 9 of the participants. We all learnt a great deal, and it gave a chance for visually challenged people to engage in a world of culture that is so visually dominant. Thus in the final performance, the audience was introduced to a unique experimental theater event about urban ecology in the Durban context.

The Making of Eskin4

Research into wearable interfaces, cross-modal perception and communication for the visually impaired on the mediated stage.

"e-skin" is a set of wearable interfaces, which constitute our past and present attempts to electronically simulate the perceptive modalities of the human skin: pressure, temperature, vibration and propioception. These four modalities constitute our biggest human organ, constantly detecting and reacting to environmental realities. The interfaces explore the cross-modal potentials of tactile and acoustic feedback, the enhanced orientation of cognitive mapping and the need to embody the interaction in the digital environment.

Today our cultural events are dominated by visual information based on sight and sound, but hardly at all on the combined senses of touch and sound. Very little theatre, dance or art events exist in which visually impaired people can participate. The project includes research into orientation, cognitive mapping and external audio-visual device control. The projects in e-skin are artificial systems that can interact intelligently with people on the real digitally mediated stage.

Contributors to this the project include: Daniel Bisig and Vallerie Bugmann